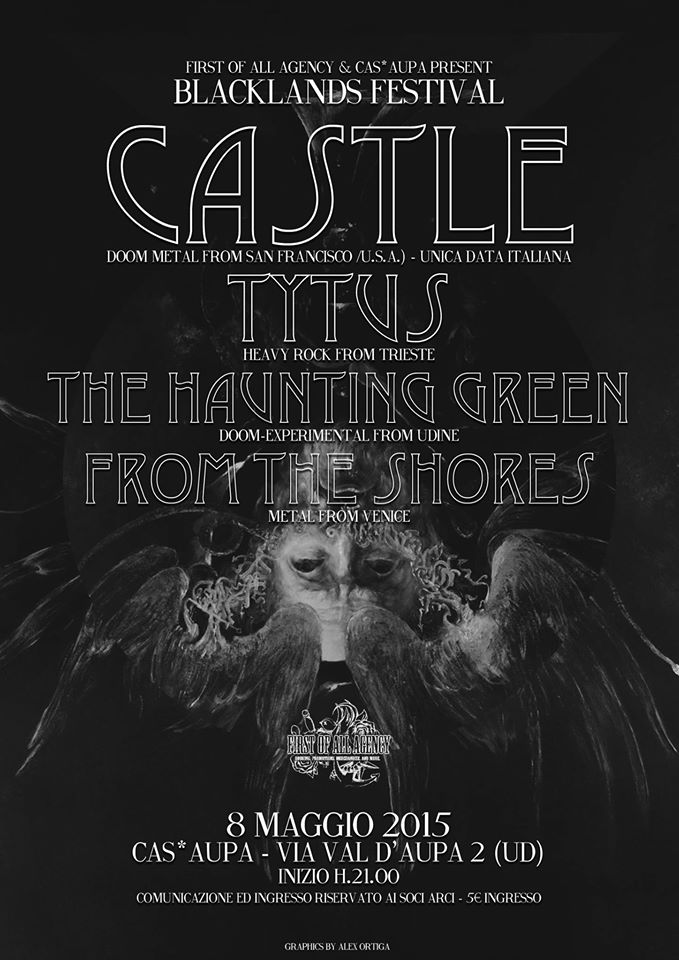 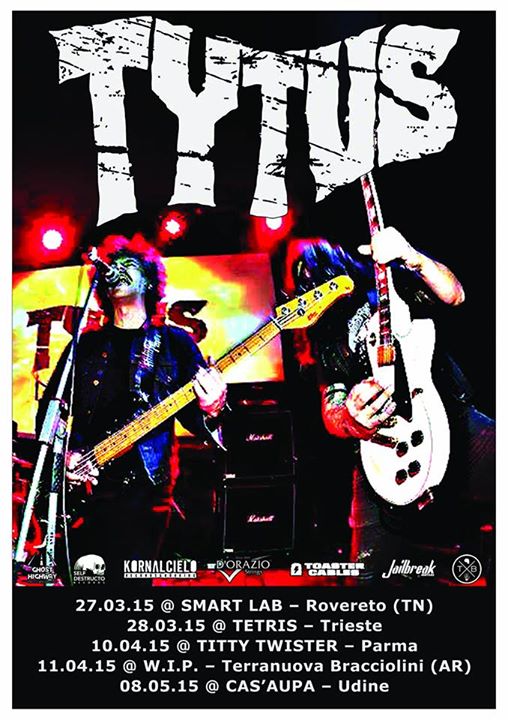 So finally The Boys are Back in (home)Town, indulging in some well deserved rest…
Tytus Tour 20014 in the Southern side of Europe has been absolutely fucking insanely amazing!!!
We have been in awesome places, played in awesome venues, met so many awesome people, stacked up more than 6000 Km and traveled wide and far through three different beautiful countries. Our guitars flew real high, and so did our heads, which simply could not stop banging the whole way long!!!
In few words: we had an unbelievably huge amount of Real Fun!
The biggest THANK YOU to all the amazing folks that made this happen Dany Microsurco Torres : you are The Man) and to all you people that constantly support us!
And a sincere, great, deep, strong, special hug to all these very special guys:
- Alessio and Massi Hold Fast from the Italian band king mastino: you are TRUE BROTHERS to us, guys! Deep in our hearts!
- Aly Angeldust for the show on 300cock-tail and Cesare Little German for his TJ-heart!!
- Brice and Cloe, who let us play in the wonderful club la Machine à Coudre in Marseille, hosted us in their nice house and introduced us to their funny kitty named Burzum Mignon!
- Martina, Peter and all the guys from the band “Sound Of Death Valley”
“. Playing the Nevermind. in Barcelona was fuckin’ awesome: there’s a skate bowl INSIDE the bar, mates! No shit!
- Tony and all the crew from El Sótano Rock and Pub in Teruel, who gave us one of the craziest Tuesday nights ever! And whose “caliente” hospitality is, so far, unmatched (that apartment… that Jamòn…WOW)!
- The fab-tastic Sandrita Hotwheels (who let us invade her apartment in Vitoria Gasteiz saving us from the streets), Alvaro, Miguel and all the other guys from Gasteiz who shared with us the interesting local custom of drinking cerveza in 75cc buckets and… another Patxaran, anyone? A special mention to the Bodegon Gorbea, the wonderful bar we would have never left… Gora Euskal Herria!
- Estelle & guys from SECRET PLACE in Saint Jean de Védas.. AWESOME place!!
- Fede Fioetto, Theo and Lemmy for the lovely ospitality in Montpellier.
And last but definitely not least: a Special Everything to our driver and problems solver (and pool player; and darts player; and translator; and seller; and…) Rajko Dolhar! We were not going to make it without you, man!!! Thanks sooooo much, you are the coolest motherfucker ever!!
Bye bye, folks! More is coming… Stay tuned for more! 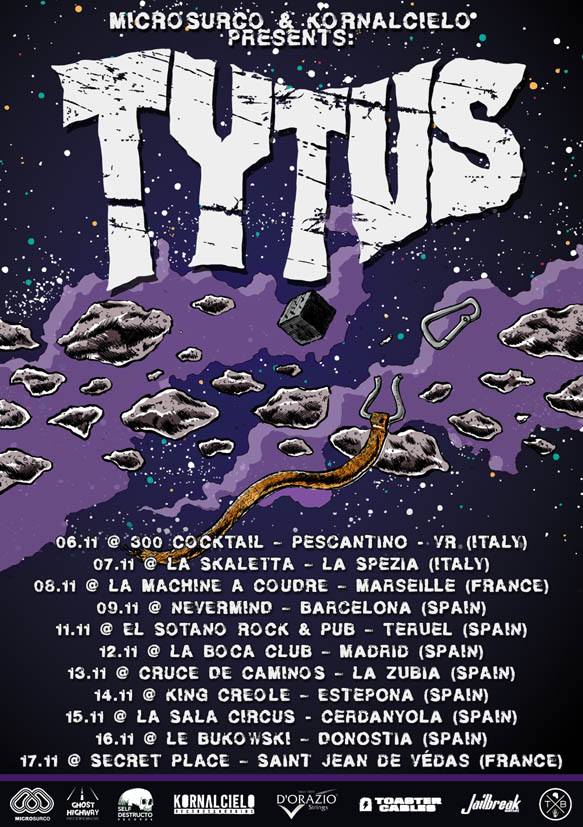 some pics from the show with legendary Crowbar at Mostovna in Nova Gorica (Slo)
http://jzacrew.weebly.com/photo/crowbar-guests-19062014-mostovna

we are proud to share the stage with the legendary CROWBAR!!!